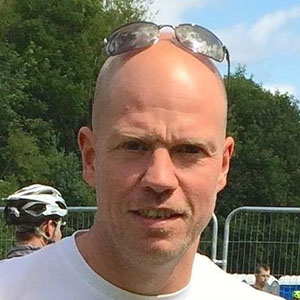 Richard has a strong belief that the best way of understanding what happened on any battlefield is to have a good and well informed knowledge of the soldiers, along with an intimate feel for the ground. He has a specific interest in The Great War, particularly the Western Front. From a very young age he remembers finding history in general fascinating and over the years has built up a substantial collection of books on military history along with medals and militaria. He served with the Royal Marines for 7 years and he says “During my time in the forces I acquired my own personal experience of the military and how it operates”.

It was during this period in the early 1990`s that he began to tour the battlefields of the Western Front. He is the education officer for the Somme Branch of the Western Front Association, a friend of Lochnagar and he is also a member of the Guild of Battlefield Guides and the European Tour Operators Association. Richard is actively involved in various historical projects which include archaeological and archival studies of Great War sites. He now lives on the Somme with his partner Michelle, renting self catering properties for battlefield visitors. Richard is a keen and enthusiastic guide who loves to share his expanding knowledge.

Richard’s special areas of focus for guiding is: