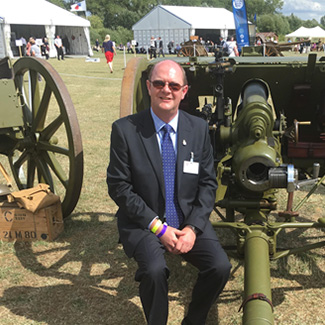 Andy White served in the Intelligence Branch of the Royal Air Force from 1985 to 2011, reaching the rank of Wing Commander. During that time, he saw operational service in Northern Ireland, Bosnia, and Iraq, working closely with UK and Allied air and ground forces. He also worked with a variety of intelligence and special forces agencies, both national and international, at home and abroad. Andy has been a battlefield guide since 2001, with experience in guiding school, adult, and military groups; his expertise areas are Normandy, Berlin, Arnhem, and the First World War.